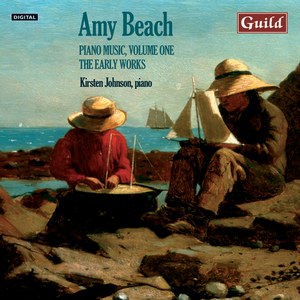 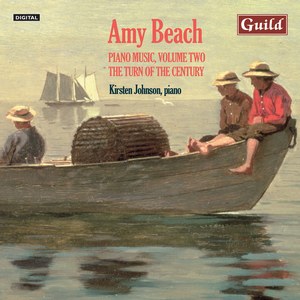 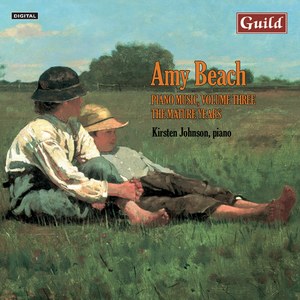 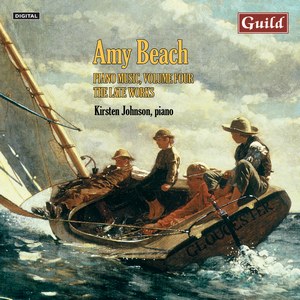 Someone in the industry suggested I look into Amy Beach and her music.  I did some initial research and was pleased to find that my alma mater, the University of Missouri-Kansas City, held some of her manuscripts in the Miller Nichols Library.  I wrote a proposal for three discs of her music, with the marketing edge being it would include Beach’s early manuscripts.  Well, the project became four discs after my research led me to even more pieces that had never before been recorded.

Some of the scores really had to be hunted down!  I’ve compiled my source list, for anyone out there trying to find some of her music.  And I remain very grateful for the many willing music librarians who helped me find these pieces and went the extra mile in getting me copies of scores.  Thank you also to the MacDowell Colony, holders of the Beach estate, for granting permission to record.

Many of Beach’s pieces are now well known, but I’d like to highlight some of her pieces I recorded for the very first time.  Her Air and Variations (1877) are an early work – she was only ten years old when she wrote it – but the very simplicity is, in itself, charming.  One can imagine the young Amy being set Mozart variations to learn as a piano student, and then deciding to write some variations of her own!

From the second disc, Serenade is one of my favourite concert pieces.  Beach transcribes Richard Strauss’ Stāndchen in a most beautiful way and it works really well!  And Moderato was an interesting one to record.  It is a simple two-page piece in handwritten manuscript, but posed a dilemma…the last bar of the first page had been torn off.  What to do?  In the end, I wrote a bar following Beach’s harmonic progression and continuing in the same style.  It was better than not recording the work at all!  So I’m afraid a tiny bit of Moderato has a bit of Johnson thrown in.

The third disc has four world premieres:  The Lotus Isle; From Blackbird Hills, op. 83; and the two pieces of op. 102, Farewell Summer and Dancing Leaves.  All were wonderful discoveries.  The beautifully rich colours of The Lotus Isles, the Omaha Native-American folk tunes of From Blackbird Hills, op. 83, the playful character of the gavotte in Farewell Summer and the light-fingered technique of Dancing Leaves all show Amy Beach at her best.  They were a lot of fun to learn!

Disc four again contains many first recordings, nine tracks altogether.  See the link to the right about where to find scores. As a contrast to the more introspective pieces on this final disc, like The Old Chapel By Moonlight, op. 106, comes A Bit of Cairo – which will appeal to anyone who likes Debussy’s Golliwog’s Cakewalk!